IBC was a great way for catching up with our international network and for meeting new people.

DeusO's approach at IBC was to get some personal examples of how easy it is to wire up 'blocks of code' which represent 'blocks in a device', then compile an optimized and fully AES70-2018 compatible firmware image.

The build was able to be run as a virtual device in an mDNS wrapper which provided discovery and control through an automatically generated web-based UI served by a built-in web server. The terminal printed AES70 parameter values as they were accessed by the user interface. 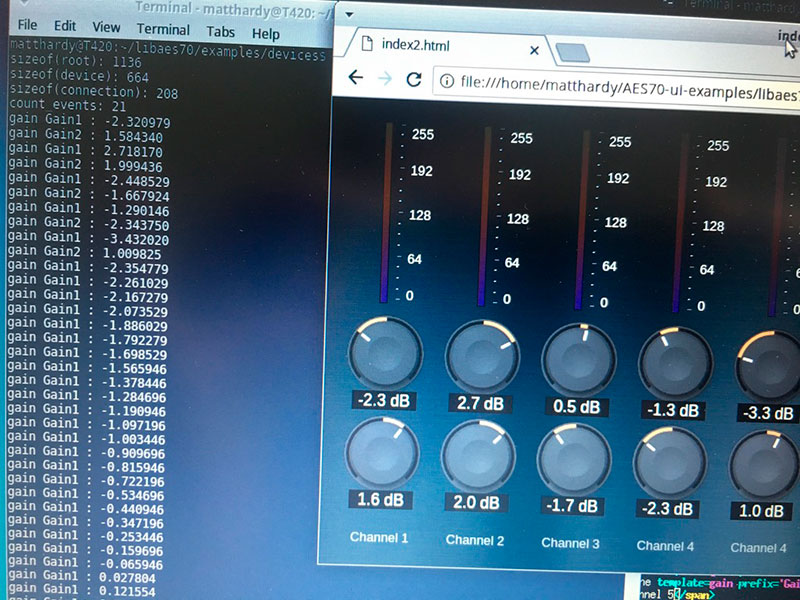